Portland, by reputation, is synonymous with vegan. That's what first attracted us to Portland 2.5 years ago. Scott & I were living in Boston back then but were looking for a new home on the West Coast. We traveled to and checked out San Fran, Seattle and Portland because we'd heard those cities were vegan-friendly. Unfortunately, I was newly vegan at the time and completely unaware of happycow and other online veg sites. Thus, we were at the mercy of luck, popping into any random restaurant or cafe and hoping they had something vegan to offer. While appreciative that just about every place we tried in Portland had at least 1 vegan option on the menu, nothing we ate was spectacular. Worse still, the one 100% vegan restaurant we went to was expensive and pretty bad (and it has since closed). Needless to say, I was wondering if I would ever have a meal that left me speechless ever again.

Thankfully, I continued on with my vegan journey, learned to cook delicious meals at home and have enjoyed many wonderful vegan meals at vegan and non-vegan restaurants since (for photos of awesome food I've eaten in the last 2.5 years, visit this flickr group).

Anyway, these experiences only made me more excited to come back to Portland and have a second chance to sample the vegan food and vegan restaurants I've heard so much about.

Unfortunately, it wasn't in the cards for us. Our first night here, we had planned to dine at the famous Portebello with Meg. We arrived with youthful excitement but were turned away. Even though it was before 6 p.m. and every single table, inside and out, was painfully empty, they wouldn't seat us because we didn't have a reservation.  Sad.

The next day, July 4th, was Scott's marathon! It was his first marathon and he did great! 4 hours and 5 minutes! It was also brutally hot -- in the 80's -- so kudos for Scott for still doing so well! 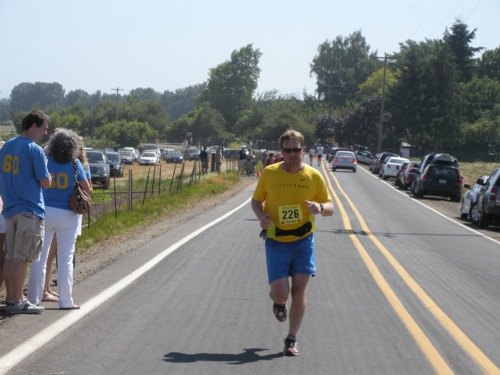 After the marathon all we could both do was talk about all the vegan food we planned to eat. However, because life can be so cruel sometimes, EVERYTHING WAS CLOSED. No joke. I placed calls to eight vegan restaurants and every one was closed - all day! Even Food Fight Grocery and Herbivore had the day off. It was heart-breaking. Thankfully, I'd heard about theHungry Tiger Too, a pub that offered an entire vegan menu (in addition to their omni menu) and they were open. In fact, they were the only place open so we ate both lunch and dinner there. While not the healthiest of choices, the food is amazing and it's vegan soul food done right. Here are two of the five dishes we shared (the rest are on flickr): 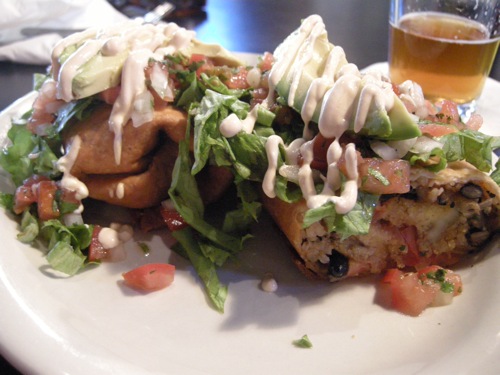 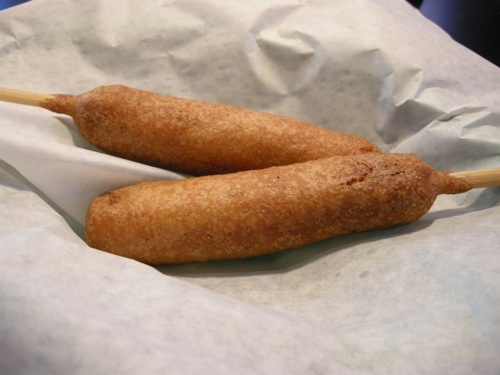 We were hoping to dig in on some awesome vegan brunch or breakfast before leaving town Sunday morning, but every place serving breakfast opened around 10am. Since we needed to be the on the road by 11, we left with our tails between our legs. 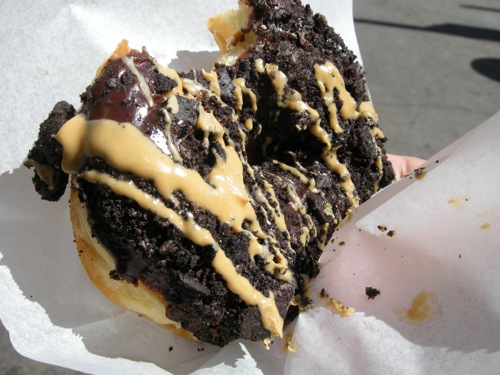 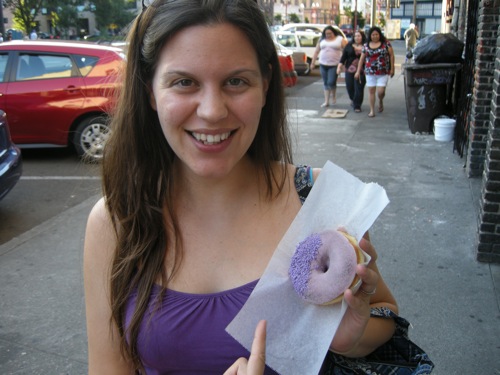