Montana is for vegans

Posted by:Lindsay S. Nixon Category: Travel
After leaving Portland, we drove through Washington and Idaho, calling it a night in Montana. Let me just say that I am in love with Missoula, MT and plan to live there someday.Not only is Missoula nestled in the most stunning landscape I've ever seen, the town is progressive and exceptionally vegan-friendly. There are roughly 9 different restaurants that offer vegan fare (even more that cater to vegetarians) including a bakery that offers vegan treats daily plus a vegan birthday cake by order. The locals we talked to were excited to hear we were vegan and talked at length about the vegan food in town and how good it was (& how often they personally ate it even as omni's.) Needless to say, I was in a little slice of my own heaven and considering staying put right there in Missoula, MT. Since we arrived in Missoula so late on a Sunday, the restaurants were closed or closing, so we danced off to the grocery store, The Good Food Store, which puts Whole Foods to shame. Like most grocery stores, Good Food has a bakery, salad bar and deli area. From the pre-made food section, there were roughly 15 vegan options out of a total 20. We sampled 6 different offerings for dinner that night and then went back for a few new items the next day. (More photos on flickr). 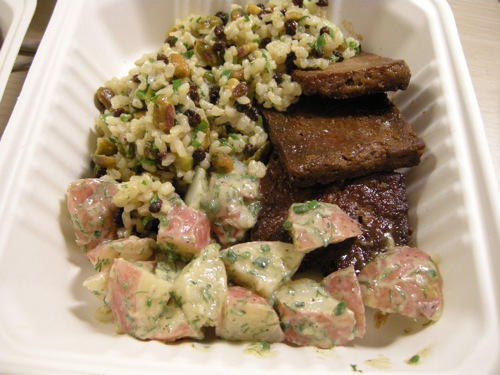 The bakery section also had an entire wall of vegan goodies from brownies, to scones to breads and muffins and they were only $1 each. (More photos on Flickr). Scott & I took the opportunity to stock up on vegan baked goods to help us through the long drive ahead. I really liked the brownie, blueberry cake slice and the raspberry bar -- all about $1 in price! What a value!! 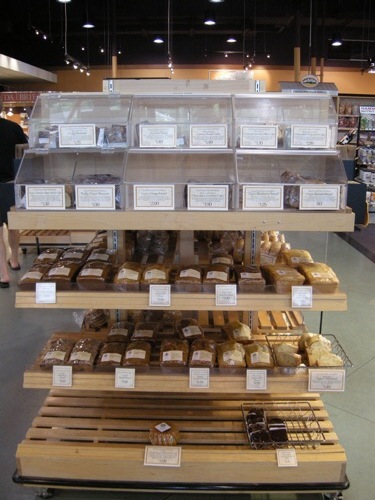 Just some of the freshly baked Vegan goodies. Many only $1.00

We had visited a Whole Foods in Washington, just across the river from Portland, and while the staff was friendly and helpful the vegan options were few and far between... all they had was a muffin (which Scott ate, I settled on fruit) plus typical stuff like Amy's Pizza, but that doesn't really jive when you're in a car without a kitchen... On the plus side, the Washington WF did have Dave's Killer Bread which we've been dying to try for ages and its even more amazing than I imagined. This bread *is* killer! 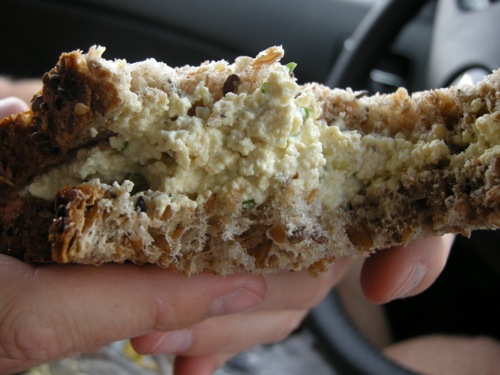 Now for the Montana picture show! My photogragphy (often from inside our car) does it no justice! I wanted to take picture the enture 6 hours we were in the car but you just can't. Montana is one of those places where you just need to go there and suck it all in. It's absolutely stunning. p.s. There are many more photos on flickr! 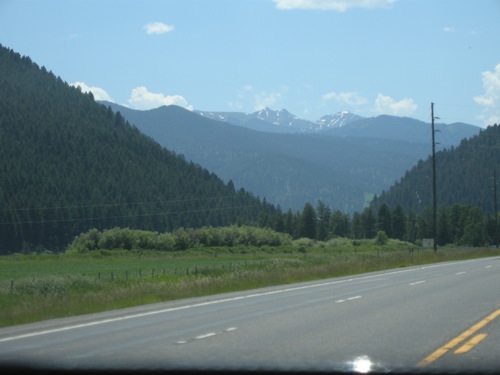 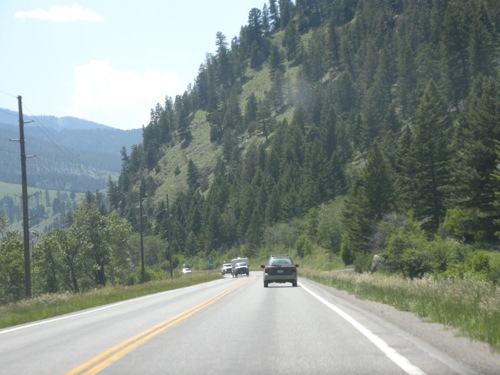 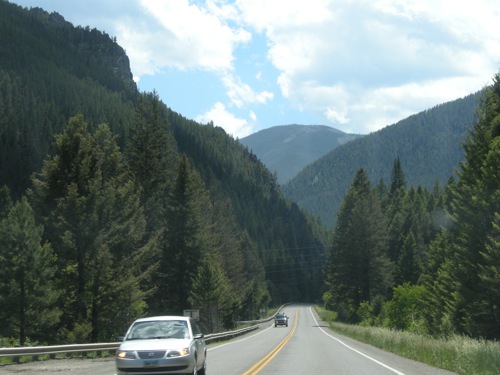 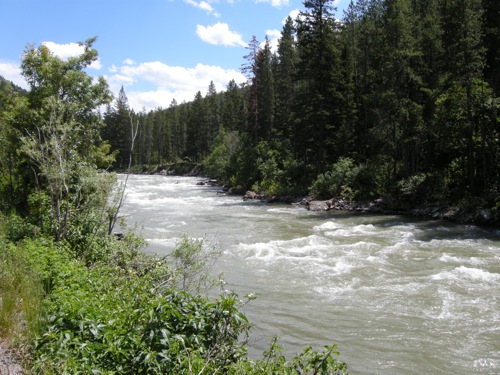