Posted by:Lindsay S. Nixon
I've made beanballs before but had forgotten about the recipe until I was reorganizng my pantry and noticed I had an insane amount of kidney beans on hand. 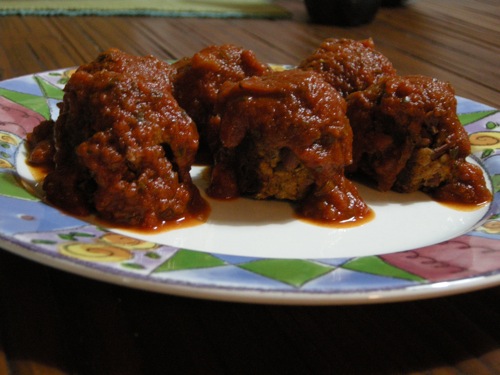 I omitted the oil called for in the recipe and baked my beanballs on a cookie sheet instead of frying them in oil. I also omitted the soy sauce and used a mock beef boullion cube instead for the "beefy" flavoring. The beanballs were good (especially once swimming in tomato-basil marinara) but don't hold a candle to Grammy's Meatless Balls!