Taco huts are a perminent fixture in the Southern California landscape and Hugo's Tacos is one of the more famous huts. 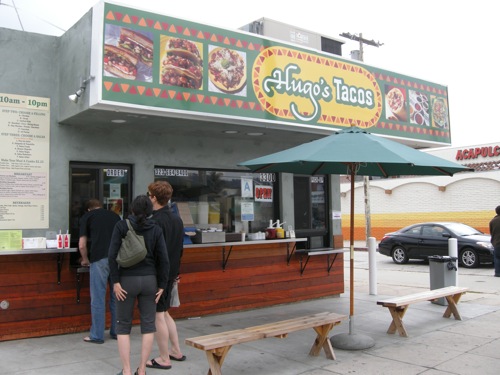 They also happen to offer a vegan version of everything they make (plus a vegan deep fryer if you're into that sort of thing). After several vegans (and non-vegans) told us we haven't lived until we've sampled the soy chorizo taco, well... curiosity was sparked. BUT despite my outdoorsy hobbies, I'm a total princess about food and the idea of standing in line, outside, to pay $12 for a few tacos isn't something I prefer to do very often (okay, so it's a lot cheaper than $12 and I'm being a brat). I was, I guess you can say, stalling about making my maiden voyage to Hugos... :D 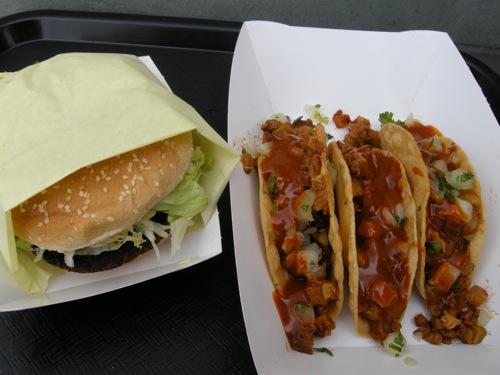 Well, my attitude was quickly adjusted when I learned Hugo's now serves vegan soft serve! Please don't judge me for eating ice cream for lunch. :) Okay, so I did have a few bites of the delicious all-vegan veggie burger, too. 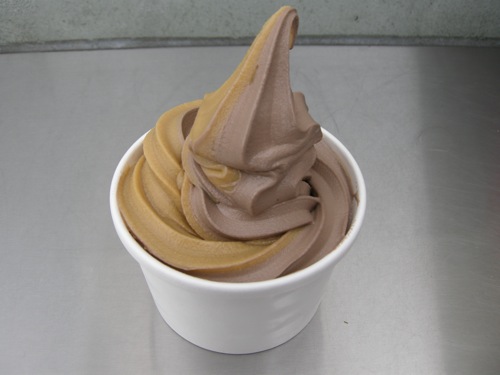