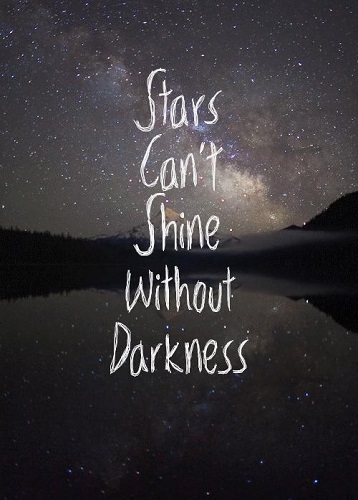 After my last MM post, How to Get What You Want (& My Battle With Depression), I noticed several people left comments on the blog and Facebook regarding step #1. Specifically, they couldn't figure out what it was they wanted. I also received about a dozen emails asking for help with #1, so I thought this Minimalist Monday I'd talk about that.

First let me say, I know exactly how you feel. EXACTLY. I must have spent $100 on books that allegedly help you figure out what career/job is best for you and will make you happy and fulfilled. They were all wrong. They kept telling me to be a lawyer!

Honestly, I had no idea what I wanted to do. I knew (or more accurately, finally accepted) that I didn't like being a lawyer — and while facing that truth was freeing, it was overwhelming and scary too. I had absolutely no idea what it was I really wanted to do.

What was going to make me happy?

I'd also been so unhappy for so long that I could barely remember the last time I was happy. Every memory was fuzzy and vague. What did I like doing? It was like I'd lost myself. 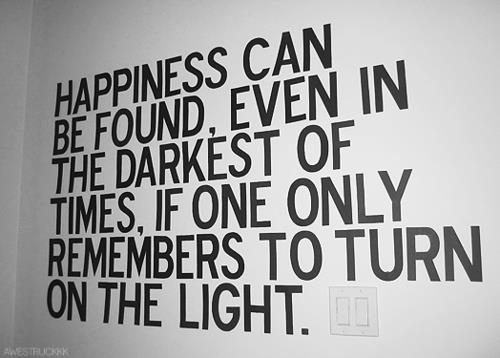 Here's part of the story I left out last week:

I was sexually harassed at work at my sixth and last lawyer job. I reported it to HR and, amazingly,the company I worked for started experiencing financial troubles and had to lay me off immediately about a week later. The situation was just grey enough under the law that I didn't have a great case against my former employers and after some soul searching, decided I didn't want to continue to relive the nightmare for the next 18 months with a lawsuit.

At the same time, Scott's work was also experiencing financial difficulties and after several of his coworkers had been laid off (the same week I was), we knew he was next.

It was a dark, dark time. We couldn't pay our rent. I couldn't afford to pay for the car I'd just bought to take me to and from the job I had just lost. The economy was in the crapper and no one was hiring. Meanwhile, I was facing the hard reality that I didn't even want to be a lawyer — but I was drowning in all those limitations I mentioned last week. Plus, it's just all kinds of depressing to realize you didn't get the great job you had on merit and skill (because you were smart and worked hard to prove yourself), but because your boss wanted to sleep with you. 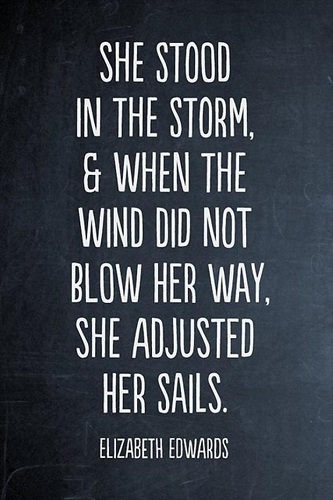 We ended up moving out of our apartment, selling the car to Carmax and moving across the country into an apartment that was the size of my previous closet. (And so my minimalist journey began, even if I didn't know it then).

Scott's friend helped him get a job, but he took a huge pay cut and I was meanwhile unemployed. I tried to apply to law jobs, but because I had not yet taken and passed the bar exam in that state, no one was interested. In a way, I was relieved. I didn't want to be a lawyer.

I started applying to non-law jobs. Anything that sounded interesting, I applied to. I also applied to jobs that matched skills/jobs I had in my pre-law life. For example, I'd once worked as a secretary, so I applied to secretary jobs.

Everyone turned me away as "overqualified," and that depressed me further. I then tried to leave my law degree and legal career off my resume, but that left a big fat gap of several years which made me even less desirable as a candidate. It all felt so hopeless. 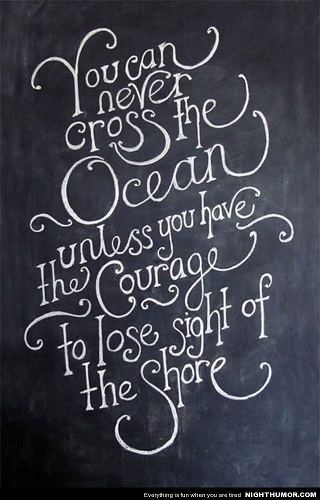 I decided to sit for the bar exam. I didn't feel like I had another choice...

Then something interesting happened. I took the bar. I walked out of there knowing I passed and also knowing that never wanted to work as a lawyer again.

I told my husband this.

We both knew I needed to earn an income. We couldn't survive without it. We had already diminished all our savings while I was unemployed and we were racking up credit card debt just to get by like crazy.

"I don't know," I said. I really didn't. I had no idea what I wanted to do. What would make me happy.

But I knew one thing. I knew I didn't want to be a lawyer. And sometimes knowing what you don't want to do is very telling. It was my first step. 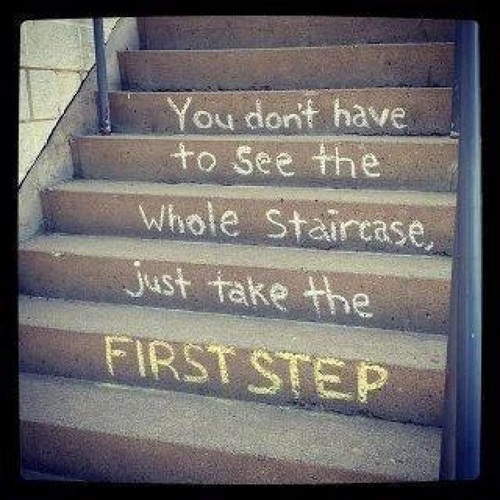 I realized, at the core, I'd gone to law school because I wanted to help people. In the end, I never really felt like I accomplished that as a lawyer — but I feel that every day with Happy Herbivore. Perhaps that is why I have so much joy and satisfaction with what I do now.

I don't love it every minute of every day. I have bad days, but overall,I love what I do.

For me, the realization was a strange chain of events.

At the time this was happening, I had been blogging for a little more than two years. Happy Herbivore had a nice size readership, but she was still very small.

Yet I came to realize I was my happiest when I was blogging — or more specifically, writing (I'd always loved writing) and cooking. I knew I couldn't get a job as a writer or a chef, but I thought maybe, someday, I could turn it into a career. 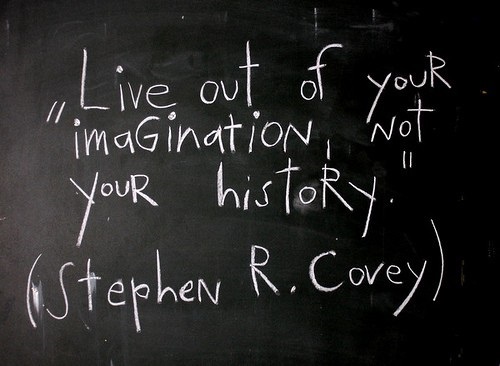 My resolve? I took little part-time jobs to pay the bills while I could work on the things I did enjoy. I worked like a mad person — 70 to 80 hours a week. I put all my heart and soul in Happy Herbivore and explored every opportunity when I wasn't working at my part-time jobs.

Eventually, I met my now publisher, wrote my first book and, as they say, the rest is history.

Of course, getting a book deal was a tiny, tiny step — I've done more work than I ever thought possible to get where I am today. (As I learned the hard way, getting a book deal doesn't solve anything and mean you're "all set." It wasn't the finish line — I couldn't kick back and relax and ride the wave. I had to still create the wave. And the wind. And the ocean! Now don't get me wrong, being an author is wonderful, but it's not as glamorous as I had once imagined. It's a lot of hard work. A lot of blood, sweat, tears, (oh the tears!) and challenges of the soul, and for very little money... but I don't do it for the money! I do it for the passion and because it brings me to closer to my bliss).

My point is, I eventually found my way and where I wanted to go.

Through all the tumbles, stumbles and falls I've realized what I wanted to do (write more books) and what I don't want to do (namely, I have no real desire to have a TV show (though I would do one because I know it would help spread awareness), nor do I want to open my own restaurant or teach cooking classes).

It started with a simple but broad, "I love cooking, helping others and writing," and over time I slowly carved out a more specific vision and dream for myself. I figured out what I needed to work toward (and run away from) to be happy.

I tried things on that didn't fit.I've had successes and failures. I've had life events and self-realizations of my abilities that have pushed me in all different directions. 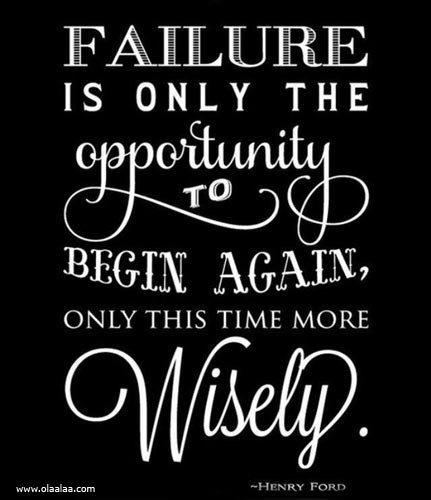 Point is, I did not have a specific vision (or plan!) when I decided to quit the law and be Happy Herbivore. A lot of it has been rolling with the punches and clawing my way through.

Every day, I am fighting for my happiness.

Yet we all have to start somewhere and with that — I'll get to the point of this post!

How to Figure Out What You Want

1. Imagine your ideal day. What would you be doing? Describe that day in great detail.

2. What do you find yourself daydreaming about or doing in your spare time?

3. What's something you enjoy, but are also good at?

4. What don't you like? This can be very telling.

If something sounds interesting to you, try it out. Volunteer for a day or ask someone with that job if you can shadow them or talk to them about what their career is like.

I could have saved myself so much time and money if I had just shadowed and surveyed some lawyers. I'd have known after a few hours it wasn't for me.

This Minimalist Monday, I encourage you to think about what you want — and taking that first step to making it happen!

...and if you need some help figuring it all out, enroll my Exit Strategy School.

I'll help YOU find your bliss. We take the skills you already have to build your dream biz + dream life. It's time to live your ideal day. 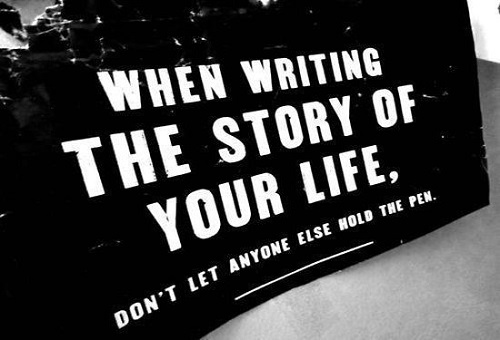